How to Fix Saints Row FPS Drop?
Have you ever experienced Saints Row FPS drop or low FPS? Feel bothered and want to get rid of it? Then this article is perfect for you! Read on to know everything about FPS and find the causes and fixes of FPS issues! 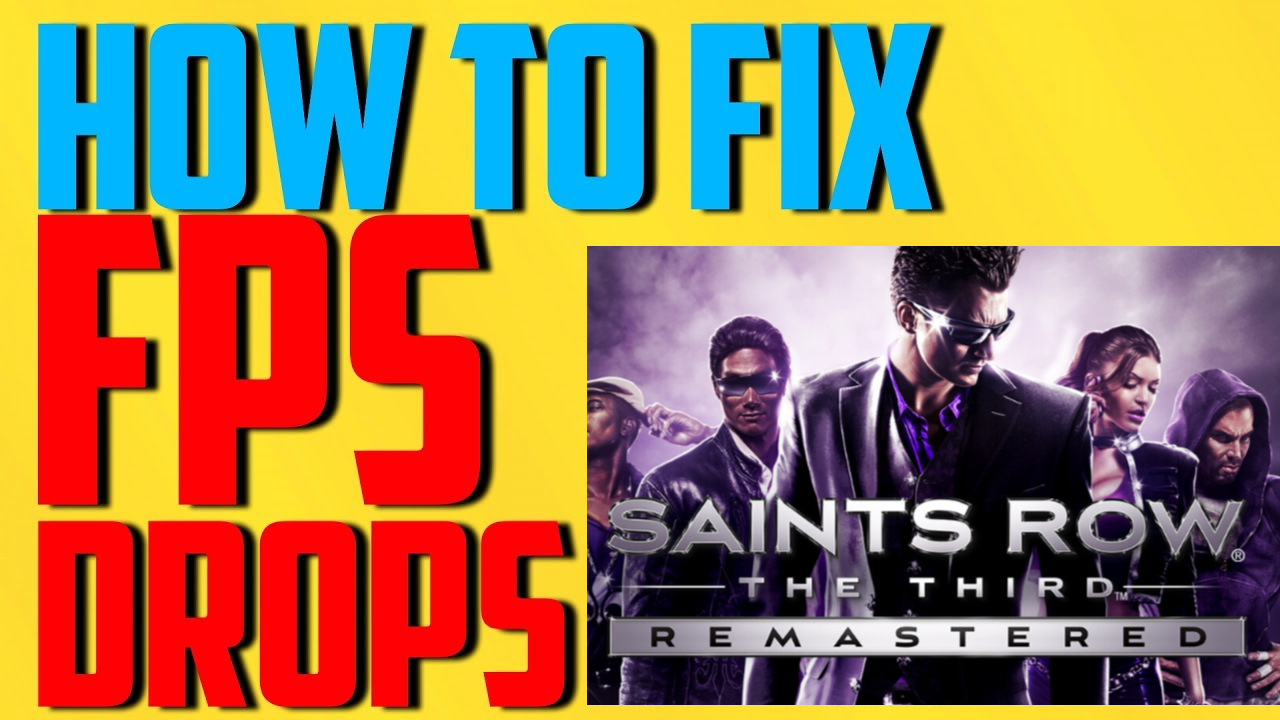 Developed by Volition and released by THQ and Deep Silver, Saints Row is a line of action-adventure video games. The show centers on the 3rd Street Saints, a made-up street gang that used to reside in the Saints Row neighborhood. Both the context and the gameplay are attractive to many players. However, a serious Saints Row FPS drop is what many players constantly complained about. Because it has affected their in-game experience and even worse, makes the game unplayable. So the question is, what is FPS drop, why is there FPS drop in Saints Row, and how to fix it? In this article, all these questions will be answered, and you'll be informed several solutions and a useful Saints Row Game Booster to fix low FPS in-game.

Part 2: Why Do I Have Saints Row FPS Drop?

What Is Saints Row FPS Drop?

What is FPS in Gaming? 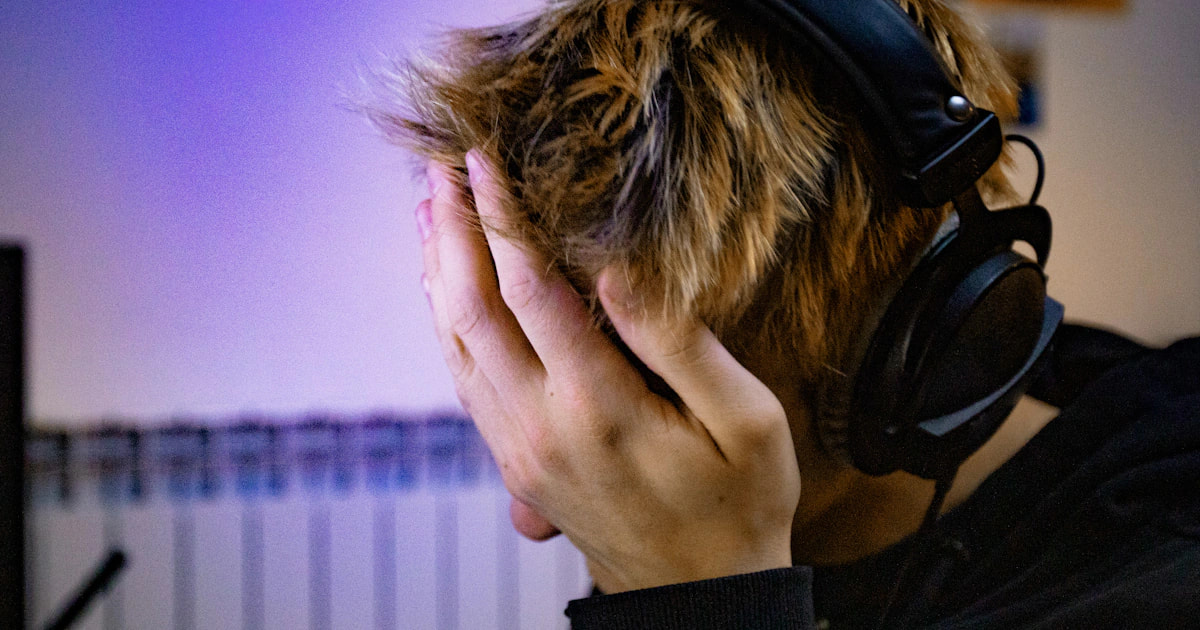 A GPU's capacity for producing images is measured in frames per second (also known as frame rate). The smoother the action and more fun your gaming experience will be, the more frames that are displayed.

Competitive players have a good justification for preferring the greatest graphics cards and high refresh rate displays. You will have a big advantage over a comparably talented gamer if you play an online shooter at 200 frames per second instead of 60. Therefore, we can say that FPS is the higher the better. But, of course, it also depends on the limit of your CPU and GPU.

What is Saints Row FPS drop?

Now that we know what FPS stands for, it's easier for us to understand what FPS drop is. Like the price of oil, it can rise and drop. Let's say, your in-game FPS is constantly at 60 or above. All of a sudden, the frame rate drops to 30 or even lower. This is what we call FPS drop. Saints Row: The Third Remastered's cutscenes appear to have been purposely limited to 30 FPS or below by Deep Silver Volition. Maybe they wanted to give more of a cinematic experience. However, going from 60 FPS or more to 30 FPS suddenly might be quite inconvenient. 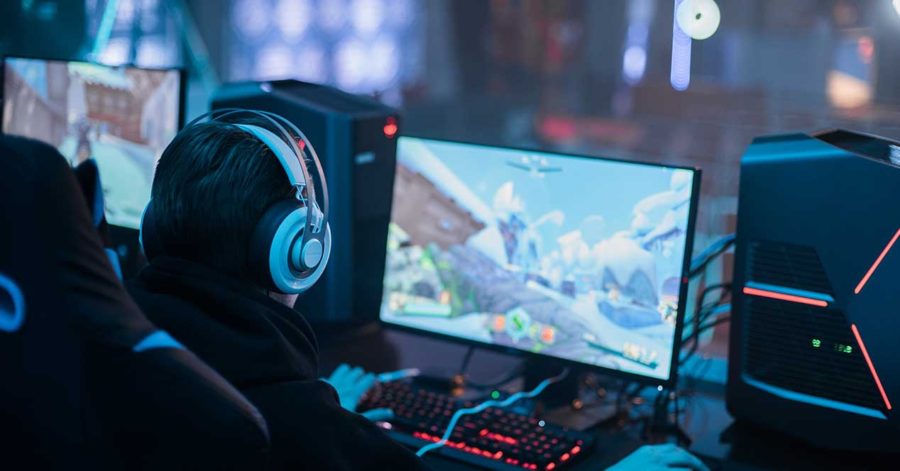 Why Do I Have Saints Row FPS Drop?

Performance problems or abrupt FPS decreases in games are annoying. It's usually simple to fix FPS drops that happen following a hardware update or game update. What about other circumstances? There are several potential causes that are very impossible to identify by yourself. Let me help you with it, here are some possible causes of the Saints Row FPS drop:

It is very difficult to resolve game-related issues, such as Saints Row FPS drop, on your own. To aid you with all the challenging tasks, I advise using a reputable FPS booster. Due to its professionalism and cost-effectiveness, LagoFast is the most highly recommended product. It has more than 8 years of experience increasing in-game FPS, eliminating latency, and lowering high ping. It has independently created a distinctive game data transmission protocol to ensure both quality and privacy in order to better serve clients. LagoFast does have a reasonable price when it comes to costs, which are what people are most concerned with. It is the only one of the top boosters that provides a Pay-per-Minute plan and has the lowest membership price.

The following are some of LagoFast's features:

To use LagoFast fix FPS drop, here's how to do so:

Step 2: Search Saints Row in the Search box. And select it among the search results. 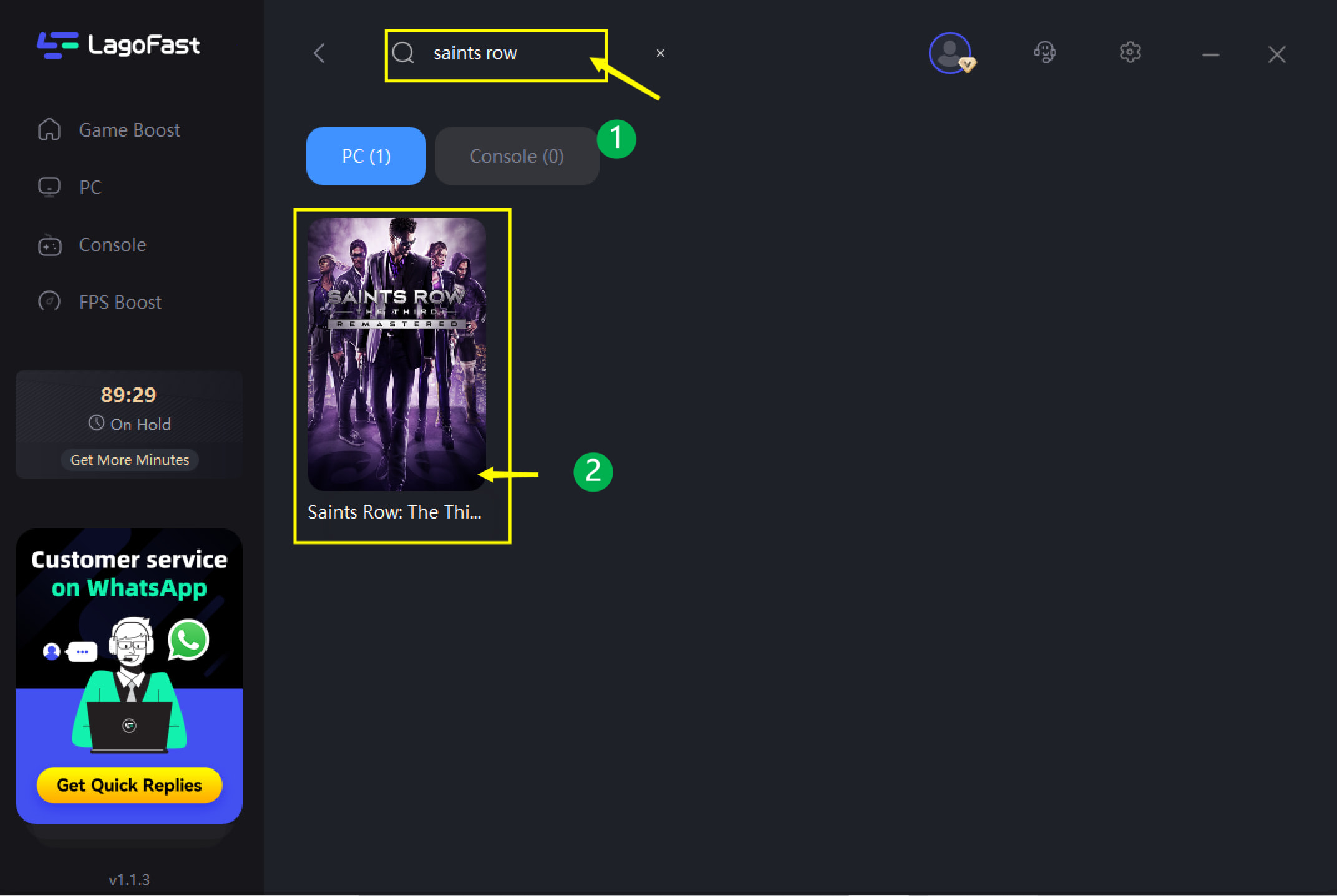 After boosting, your real-time ping & packet loss rate will be shown on this page. Your FPS drop will also be mostly fixed. 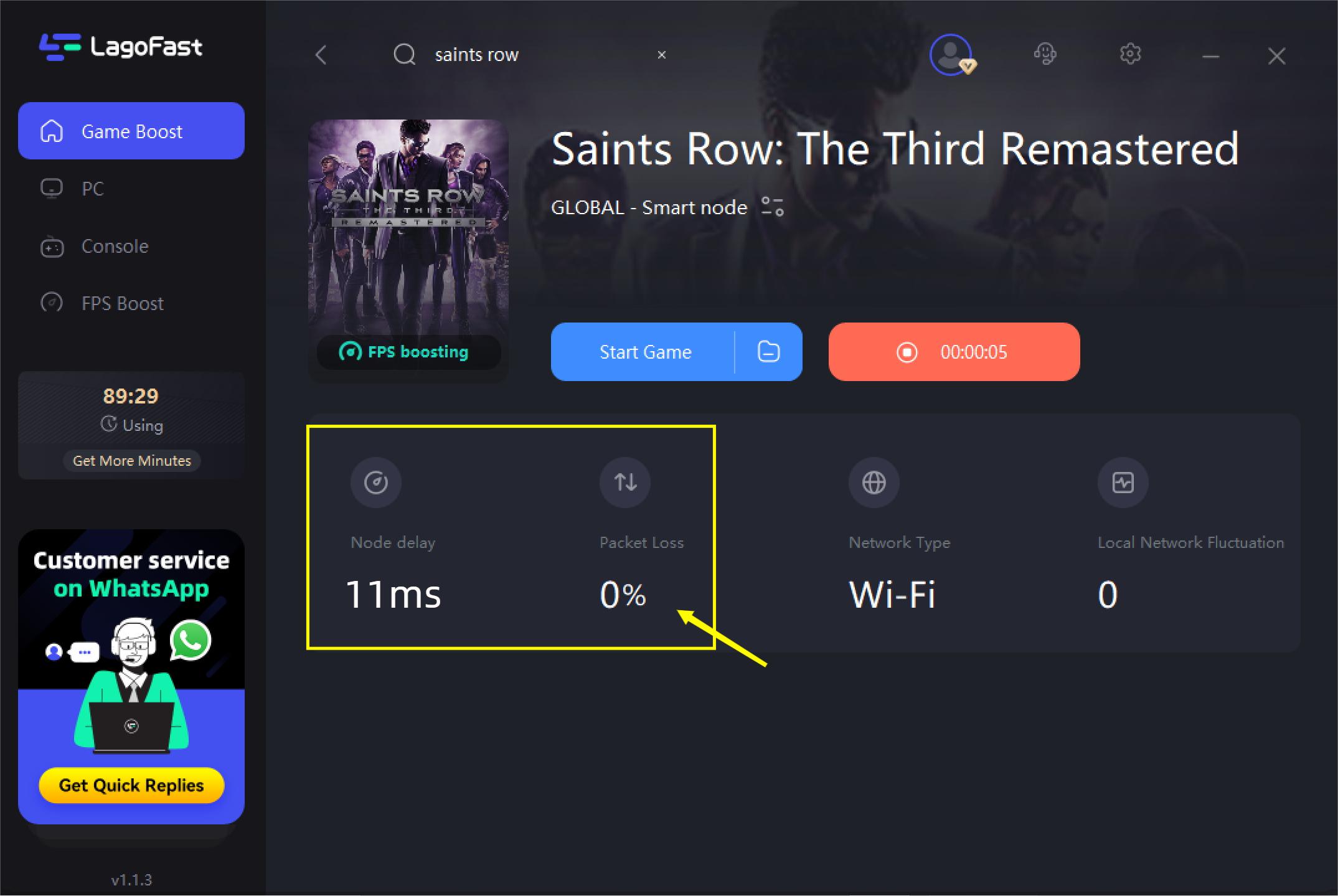 You should double-check your drivers if you observe abrupt Saints Row FPS drops or lag spikes in games that were previously smooth-running. Both sides of the aisle may experience problems; either an outdated driver or a newly released driver may have adversely affected your game's performance. Update to the most recent driver available if you aren't sure what driver you have, and then check to see whether issues still exist.

Fortunately, both NVIDIA and AMD's driver software makes it simple to update or roll back drivers in case this circumstance arises. Users of NVIDIA should use the GeForce Experience software to update their drivers or revert to a previous version that was problem-free. You can also get the most recent drivers from their websites if you don't want automatic updates.

Cool down your PC

There are several potential causes for thermal throttling because of the nature of overheating problems. Check out our guide on adjusting CPU temps for a comprehensive approach to resolving it on your CPU. But first, a quick rundown of some typical causes:

Use an FPS booster —— LagoFast

I've told you that LagoFast can fix Saints Row FPS drop, but do you know LagoFast can also boost in-game low FPS? Unlike normal game boosters, LagoFast is also an FPS booster. You can simply adjust settings related to FPS performance on the FPS Boost page in LagoFast. Here's how to do so:

Step 2: Click on the FPS Boost tab on the left side.

Step 3: Turn on/off settings by clicking on the checkbox.

Other than using LagoFast, there are some other ways to boost in-game FPS. Although it's a little bit tricky and troublesome, it does work sometimes. Here are some solutions I've gathered for you:

Go to Settings on your PC

If you have Saints Row lag and high ping issues, LagoFast could also be a help, read the article!