Given the lack of indoor courts, do you find it challenging to play basketball on hot summer days or rainy days? It's easy! A basketball simulation game is available here called NBA 2K23. In every version, the National Basketball Association is simulated in this game. The gameplay is similar to a typical basketball game because the user can manage an entire team or a single player. Goals are consistent with basketball regulations, and the presentation is similar to that of actual NBA games that are broadcast on television. This game is ideal for you if you're a huge NBA and basketball fan! However, along with the praise for its real-life gameplay come critics about the NBA 2K23 FPS drop and low FPS. These game issues can affect players' in-game experience in a really bad way. Stuttering, lagging, and crashing can happen because of it. And players find it difficult to solve it by themselves. Lucky for you, I'll tell you everything about NBA 2K23 FPS drop and the some effective ways to fix it! Among them, the easiest way is to use NBA 2k23 game booster LagoFast.

Use an FPS Booster —— LagoFast

If you ask me what is the most effective and convenient way to fix NBA 2K23 FPS drop, the first thing that pops up in my mind is this ultimate FPS booster —— LagoFast. It has more than 8 years of experience in boosting in-game FPS and fixing performance issues. Unlike normal game boosters, LagoFast specializes in fixing all kinds of FPS issues and adjusting your PC settings to improve your FPS performance. Besides its abundant practical experience, LagoFast also has strong a technical backup —— its self-developed game data transmission protocol. Moreover, LagoFast provides new users with a free trial and has a Pay-per-Minute plan. The monthly plan is also the lowest among the same-rank products. Give it a try and you'll say goodbye to NBA 2K23 low FPS forever!

Here's how to use LagoFast to fix the NBA 2K23 FPS drop:

As I've mentioned above, the NBA 2K23 FPS drop can be caused by an outdated graphics driver. So updating your graphic driver in time is necessary. It can improve your FPS performance in a graphic-intensive game like NBA 2K23. Here's how to do so:

To get the Quick Access Menu, perform right-click on the Start Menu.

After that, double-click the Display Adapters category to expand the list. 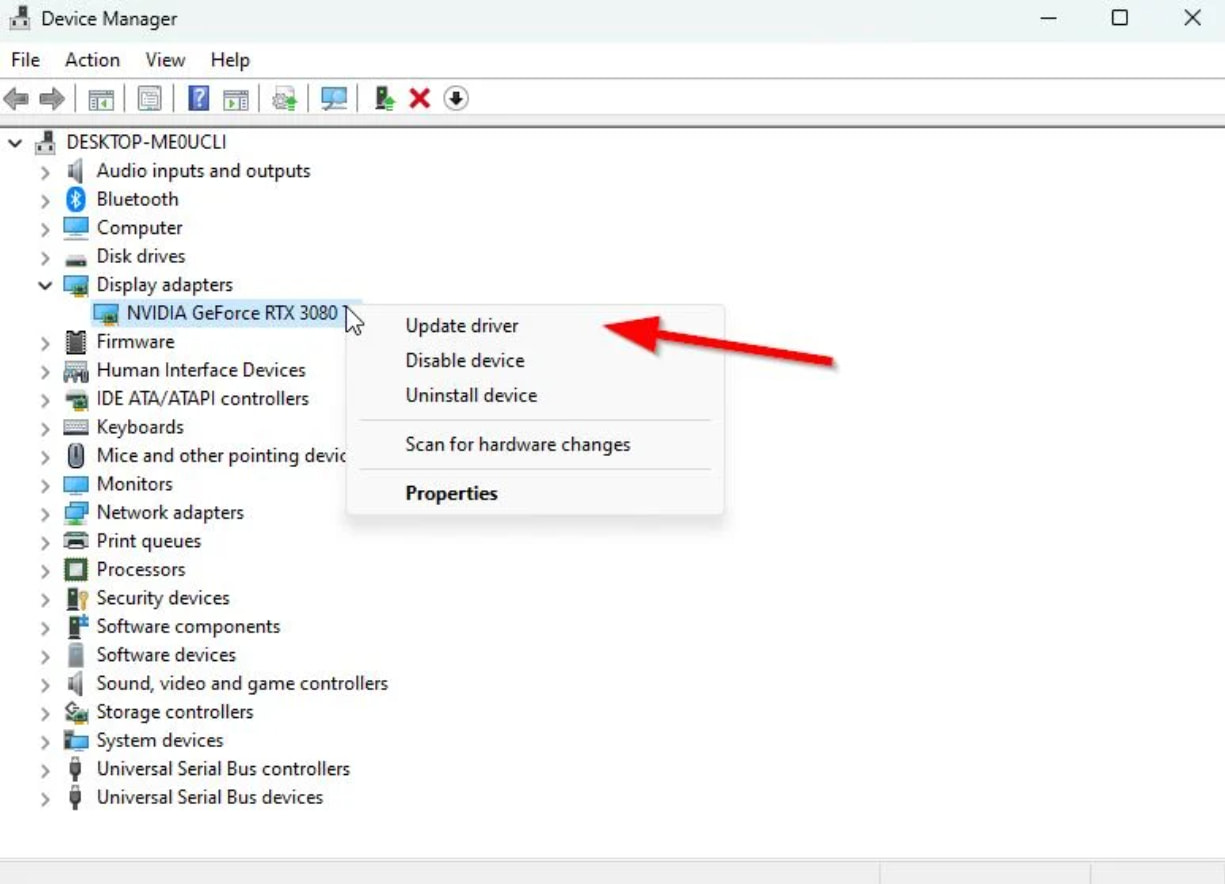 The in-game options menu allows you to change the display mode from fullscreen borderless to windowed bordered or vice versa. Depending on your screen resolution and computer configuration, it will help the game files run more smoothly. You may give it a single try. This was advantageous to some of the affected players.

Sometimes unneeded background running applications or programs can also eat up more CPU or Memory resources on the system, which may result in crashes, lags, stutters, FPS dips, and other problems. 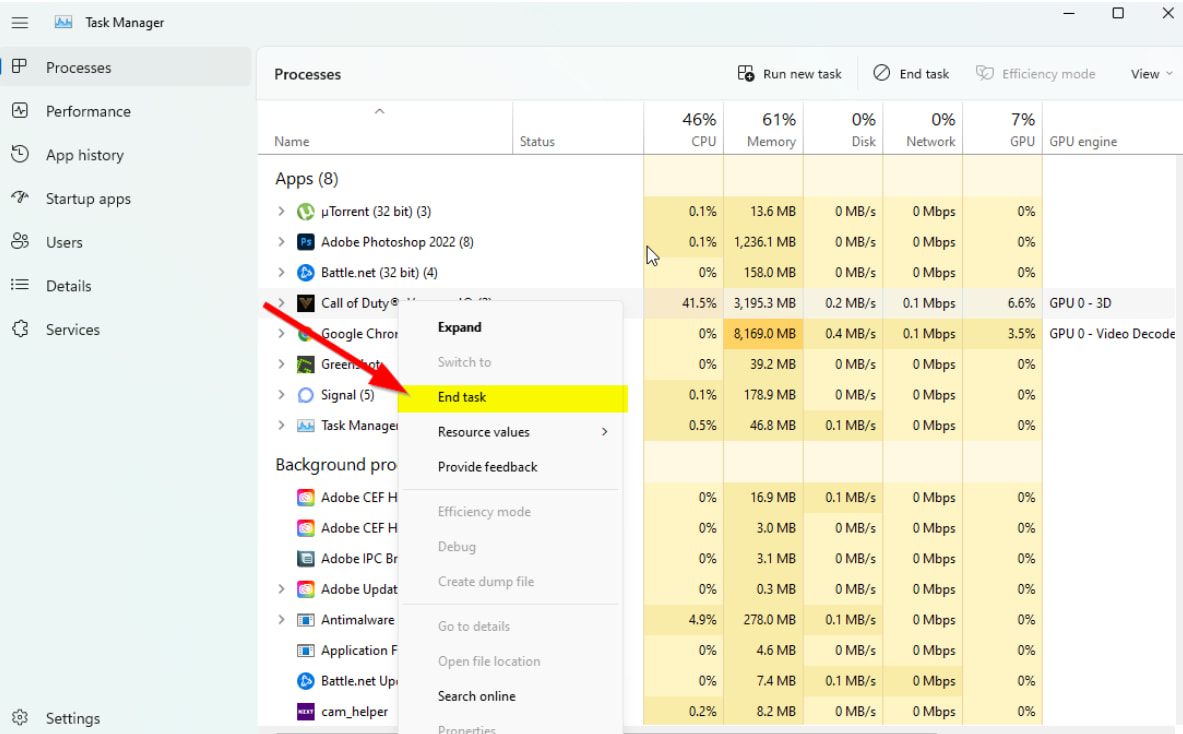 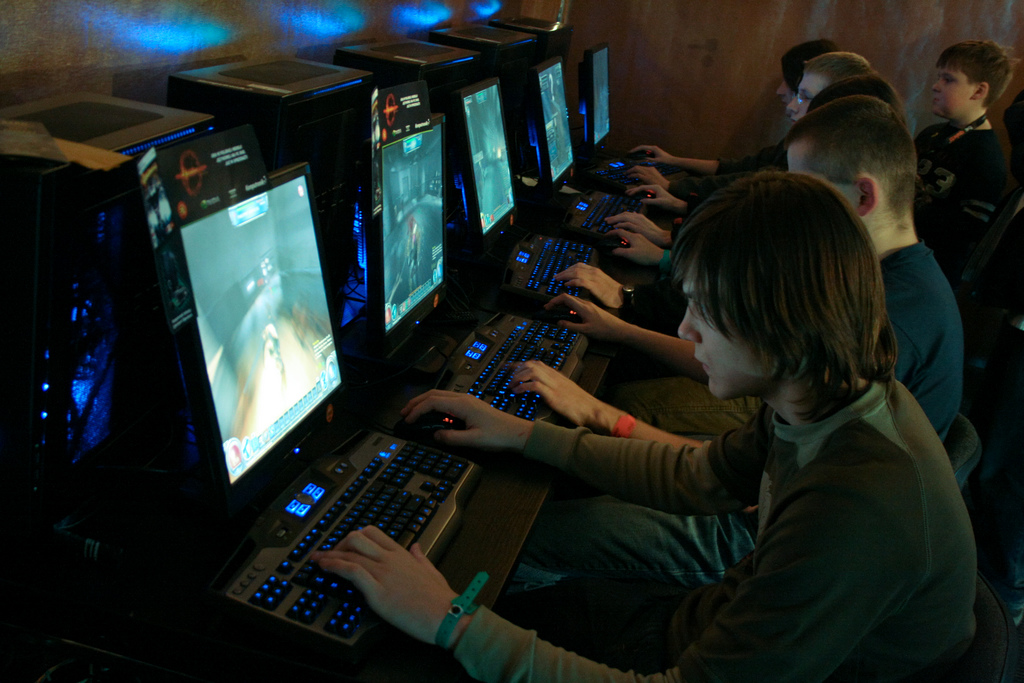 Before jumping to discuss how to fix the NBA 2K23 FPS drop, we should first understand why FPS drops in NBA 2K23 happen. This can help you find out the very reason for NBA 2K23 FPS drop on your PC. Here are some potential causes:

Except for NBA 2K23 low FPS and FPS drop, NBA 2K23 performance issues are also widely complained about by many players. It can cause in-game lagging, stuttering, and even crashing. This is quite annoying. In this case, I also recommend you use LagoFast to fix this. LagoFast can not only boost FPS but also highly improve your FPS performance and fix NBA 2k23 connection errors by offering you the best service. Here's how to use it: Step 3: Click on the Boost button to start boosting. (By doing so, your PC will be optimized to the ultimate state for you to play NBA 2K23.)

On this page, you can also monitor your real-time ping & packet loss rate.