MultiVersus, created by Player First Games and released by Warner Bros., is a free-to-play crossover fighting game. Characters from Warner Bros are featured throughout the game. Warner Bros., DC Comics, HBO, Turner Entertainment, Adult Swim, and Cartoon Network are just a few of the companies included in the Discovery catalog. The game has a perk system that enables players to modify their characters with equippable passive skills that also have an impact on their 2-vs-2 teammates. There are "Signature Perks," which are unique passives that have a direct impact on the traits and/or skills of the corresponding character. A perk synergy will occur between players on the same team who have the same perks equipped, enhancing the effects of those perks. However, along with the attractive gameplay come in-game issues like Multivurses lag, connection lost, and high ping. That's why you need a Multivurses game booster —— LagoFast! And this article will help you get rid of all these issues.

Part 1: Why Do I Have Multiversus Lag?

Part 2: How to Fix Multiversus Lag?

Why Do I Have Multiversus Lag?

It's both a blessing and a curse that MultiVersus is so well-liked. You'll collaborate with gamers who have various Internet connection speeds. You might anticipate lag spikes when playing MultiVersus if your console experiences general performance issues when connecting to the Internet.

Your Internet speed and hardware are the two key factors to take into account for lag. LagoFast can be used to guarantee your PC brings on its A-game. Moreover, computer gamers should also concentrate on their CPU, RAM, and graphics card. These are as important as your network connection and Internet speed.

If you have constant Multiversus lag and other in-game issues like Multiversus connection lost and high ping, you should pay attention to the above-mentioned factors and find the corresponding fixes in the following part.

How to Fix Multiversus Lag?

After reading about the above-mentioned reasons for Multiversus lag, if you still don't know what causes Multiversus lag on your PC, don't worry! Let LagoFast help you fix it! LagoFast is an experienced game booster that has more than 8 years of experience in fixing in-game lagging, high ping, and connection errors. With its self-developed game data transmission protocol, LagoFast can guarantee you the best gaming experience without any lag. Moreover, you can change to a nearer server which can to the full extent reduce lag. If you are afraid that the cost is unaffordable, then you are so wrong because LagoFast not only offers a Pay-per-Minute plan but also has the lowest monthly plan among the same-rank products. You can also try it for free if you are a new user.

Step 2: Search Multiversus in the Search Box and click it in the search result.

Step 3: Choose a recommended server or a server you like. Undoubtedly, using LagoFast is an easy way to get rid of Multiversus lag, but there are still some other regular fixes for you to solve this issue. I've gathered some most effective ones for you: 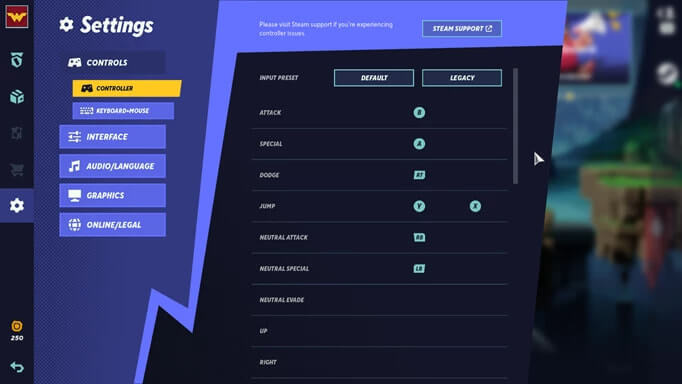 How to Solve Multiversus Connection Lost?

Except for Multiversus lag, Multiversus connection lost is another most- complained issue. Here are 3 most effective fixes I've gathered for you to solve this problem:

Numerous people had trouble logging in, and some of them are now unable to connect to the game. A few hours later, MultiVersus stated that most users had the problem resolved. For those who are still impacted, a patch is still being developed. As a result, you must be patient while waiting for a fix to be applied.

Navigate to your library on Steam.

Wait for the procedure to finish once you click "Verify integrity of game files..."

When the verification process is finished, try launching MultiVersus to see if you can connect to the game.

How to Fix Multiversus High Ping?

Multiversus high ping is a nightmare for many players. No one wants to tolerate Multiversus high ping even if you are the most loyal fan. And it's such a shame if you can not enjoy this amazing game because of the annoying Multiversus high ping. I don't recommend you find fixes online to solve this issue because high ping can be caused by various reasons. In this case, turning to a professional ping reducer is a wise choice. LagoFast can not only help you get rid of Multiversus lag but also effectively reduce Multiversus high ping. With only one click on the Boost button, LagoFast will automatically optimize your PC's performance and help you run a ping test. You can also monitor your real-time ping & packet loss rate as shown below.