30 FPS VS 60 FPS
Why is FPS important in gaming, and what is considered good fps, is 60 fps enough? Read this article and find the answers to these questions! 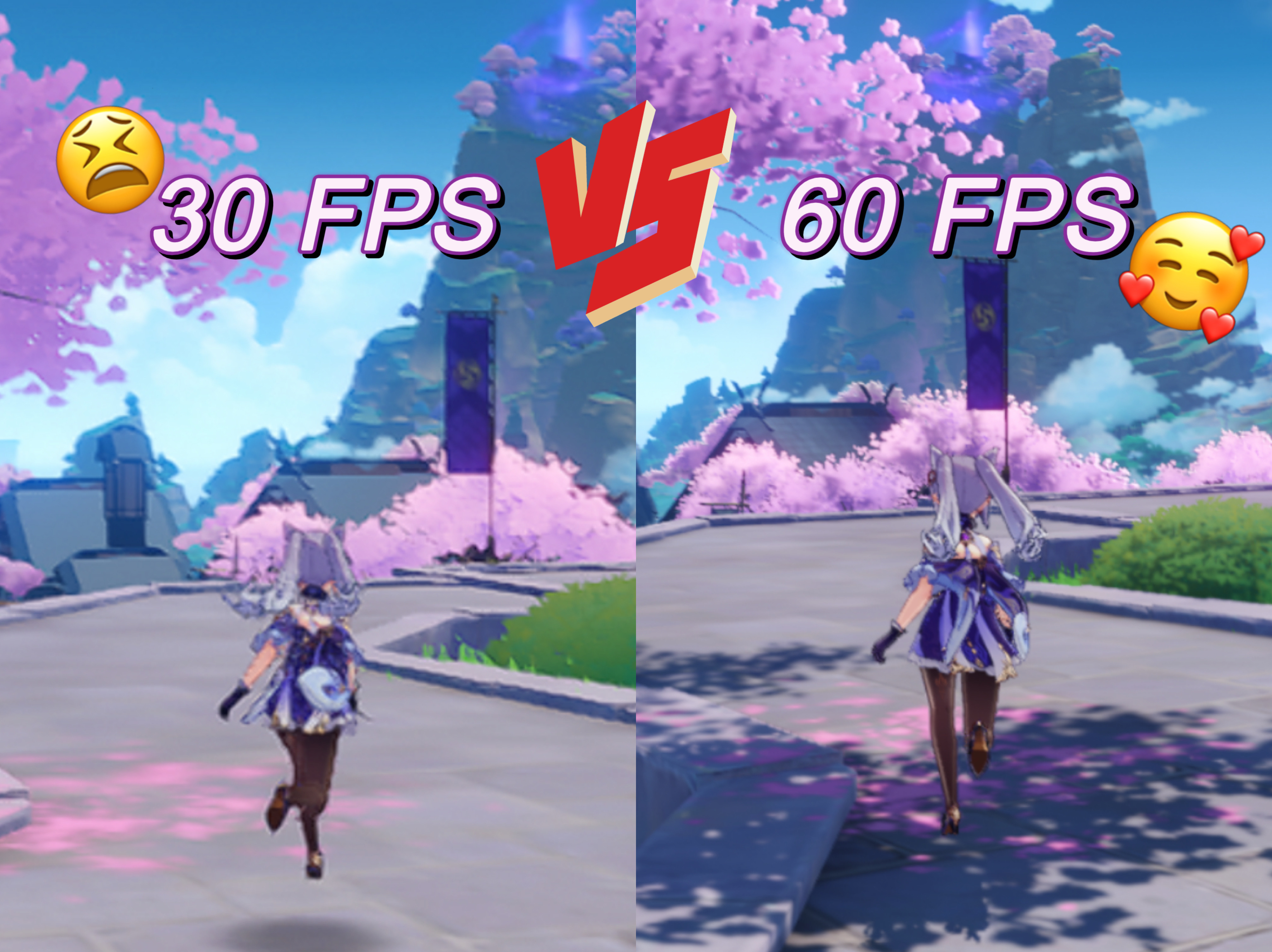 When you want to have an immersive gaming experience, have you felt disconnected from the virtual game world because of the incoherence in visuals? This is because of your low FPS. FPS could play an important part in the gaming experience. But What is FPS? What are the differences between 30 FPS and 60 FPS? Why my game FPS is so low? And how to boost FPS? In this article, you will find all the answers. And among the suggestions to get 60 FPS for gaming, I do want to introduce you to a professional FPS booster LagoFast, which could help you to improve FPS in an easy way.

Part 4: How To Boost FPS Easily?

Part 5: Other Solutions To Boost FPS

What is FPS meaning? The number of frames per second transmitted by a screen is defined as FPS in the graphics field (also the abbreviation for First-Person Shooter game). In other words, it refers to the number of frames shown on a monitor in an animation or video. The higher the frame rate, the smoother the action displayed. In general, the minimum to avoid incoherence action is 30. The minimum acceptable FPS during gaming is around 30Hz, with a basic smoothness level of more than 60Hz required. When your FPS falls below 60, you will notice incoherent graphics, stuttering, and even a white screen before your computer crashes.

What Are The Differences Between 30 FPS and 60 FPS?

30 FPS mean that there are 30 frames displayed on the monitor per second while you are playing the game. It’s sure that the higher FPS are, game runs better. But our eyes may have trouble paying attention and processing that many frames. How many FPS can the eye see? The human eye can see 24 frames per second when it is comfortable and relaxed, and no more than 30 frames when it is focused. The number of frames that can be captured in the blink of an eye is more than 30. Would you therefore think that we don't need higher fps than 30? In fact, when we are playing a game that has just 30 FPS, and if the frames drop, it will roughly appear to be in slow motion and even make the player feel like they are watching a ppt. But if you have 60 FPS, you can still run at 30 FPS even when there are frame drops. With 60 FPS, you will feel more coherent, more fluent, more immersive, and have better gaming graphics when you are playing the game.

Why My Game FPS Is So Low?

The computer's power may have an impact on FPS. As a result, the hardware configuration is the most important reason for my game's low FPS. Your low FPS issue could be caused by your gaming device's limited capabilities. Even the most powerful processors and graphics cards degrade over time. Furthermore, unsuitable game settings may have a negative impact on the game's frame rate. And the network connection will have only a minor impact on FPS.

How To Boost FPS Easily?

If you want to increase the game's FPS, you can take a variety of measures. But, rather than wasting time and money trying to figure out what's causing the low FPS, I believe it's more important to use a good FPS booster. After all, gaming time is limited, so why waste it on irritating activities?

The FPS booster LagoFast may provide you with the following panel to easily change game settings.

Based on your needs, you can use this panel to set the highest priority for the game process, enable High-Performance Mode, disable Game DVR, or disable Core Parking... In addition, the game FPS booster LagoFast could close unnecessary background applications to free up more space for games. And LagoFast can use its proprietary data transmission protocol to increase data transmission speed and efficiency. Furthermore, the global nodes and exclusive routes will significantly reduce transmission time. What’s more, to meet the needs of different people, LagoFast has launched two types of fees, joining as a membership to pay monthly or the plan per second. Therefore, if you don't play games every day, the latter is more suitable for you!

If you want to try using LagoFast to boost game FPS. You can follow these steps to get a free trial.

Step 2: You should first click the FPS boost button to change game settings based on your specific requirements. LagoFast would easily help you to change, and by using LagoFast, you would not restart your computer.

Step 3: And then, before running the game, you just need to find the game you want to play in LagoFast and click the “Boost” button.

Other Solutions To Boost FPS

Check to see if your game meets the system requirements.

When you set a high resolution in-game, you have more information to process and display on the screen. Similarly, increasing the game's graphics settings, such as the foliage fineness, increases the demands on the graphics rendering. As a result, try lowering some of the less important graphic settings, such as Texture Quality, Shadow Quality, and Character Quality.

Get Free Trial Now!
fps
Was this helpful?