How to Fix Fortnite Lagging?
I know how frustrating it is to face constant lagging while playing a competitive game like Fornite. It's unbearable, but don't worry about it because this article is for you to solve this annoying issue! Read on to find out how to fix Fortnite lagging! 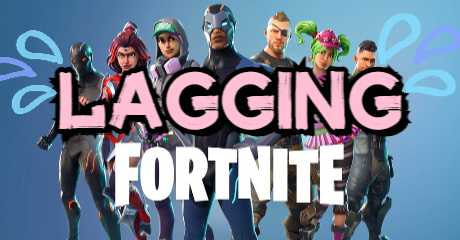 In the survival game Fortnite's "Battle Royale" mode, 100 players are parachuted onto a small island. A group of materials is produced, metals are saved, the constructs are raised, maintained, and bricks are placed on top of them before players engage in combat to defend them until they are sufficiently powerful. Fortnite also varies from PUBG and other gun shooting games in that it makes use of a cartoonish painting style that heightens the characters' cuteness and intimacy while also making the game more appealing to a wider audience. However, questions like 'Why is Fortnite lagging so bad' can not be ignored. If Fortnite lagging can not be fixed, you'll never be able to fully enjoy the game. That's why you should give the best Fortnite game booster —— LagoFast a try! You can also find some other effective fixes in this article.

Part 2: What is Lag in Gaming?

Part 3: Why is Fortnite Lagging So Bad?

Part 4: How Can I Fix Fortnite Lagging?

Let's look at the 4 very forms of lag formed in Fortnite so that we can categorize them according to the reasons why they are generated. 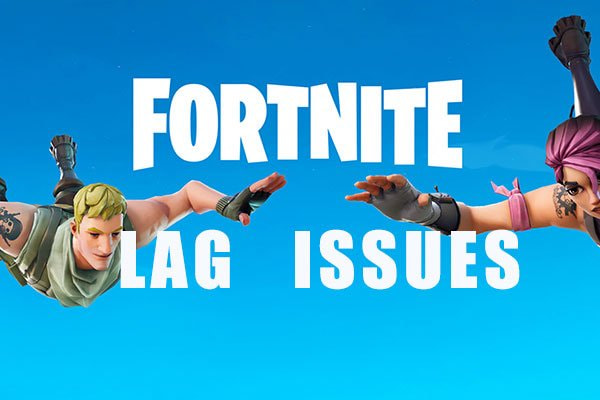 What is Lag in Gaming?

Now that we know there are 4 different types of lag, I want to particularly tell you more about the lag in gaming.

The lag in gaming can be divided into two parts: server lag and PC lag.

Therefore, if you have bad Fortnite lagging, sometimes it has nothing to do with your PC. All you have to do is to wait patiently for the official announcements and patches.

Why is Fortnite Lagging So Bad?

Understanding why Fortnite is so laggy is essential before discussing how to solve Fortnite lagging on PC. Because various gamers experience Fortnite lagging for different reasons. You can only figure out the most efficient way to cure Fortnite lag on your PC if you know what causes it and why it lags so much.

The most common cause of lag is a breakdown in connection between your network and the game servers. This is depicted on screen as a delay between your command input and the avatar's execution of it. An issue on the user's end, the developer's end, or a combination of both might cause lag.

The game is listed as fully operational on the Fortnite status website, however at the time this article was written, there had been multiple reports of lag. It is conceivable that Epic Games is to blame. Therefore, to maximize your chances of getting rid of Fortnite lagging, you should adhere to the following fixes. How can I Fix Fortnite Lagging?

Use the Fortnite game booster —— LagoFast!

LagoFast, a game booster & FPS booster, makes it simple to fix Fortnite lagging. It has more than 8 years of data transfer experience. As a result, it offers all-around security and can easily handle complex network situations. Don't worry if you can't use LagoFast in your nation because it has a worldwide acceleration route that offers real-time network diagnostics and accurately matches the nodes with the lowest ping values. With all these features, you won't have to worry about Fortnite lagging or how to improve your Fortnite performance any longer. LagoFast is also the only game VPN and booster with a Pay-per-Minute plan, making it more affordable and widely available.

Step 2: Search Fortnite in the Search Box and select it in the search result. Step 3: Click on the boost button to start fixing lag. (You can also monitor your real-time ping and packet loss rate on this page) Other fixes to solve the Fortnite server laggy issue

Except for using LagoFast, there are some other fixes for you to possibly get rid of the Fortnite server laggy issue.

Step 1: Press Win + R to bring up the Run window. After that, type devmgmt.msc into the box, then click OK to launch Device Manager.

Step 3: Right-click the graphics card to update the driver. Select Automatically check for new driver software in the pop-up window. After that, follow the on-screen directions to finish the process.

Step 2: To open the Network Adapters, double-click on it.

Step 3: From the context menu of the network you are currently using, select Update Driver.

Step 4: Finish following the above-mentioned instructions, then restart your computer.

Launch Fortnite after updating these drivers to see how it performs. 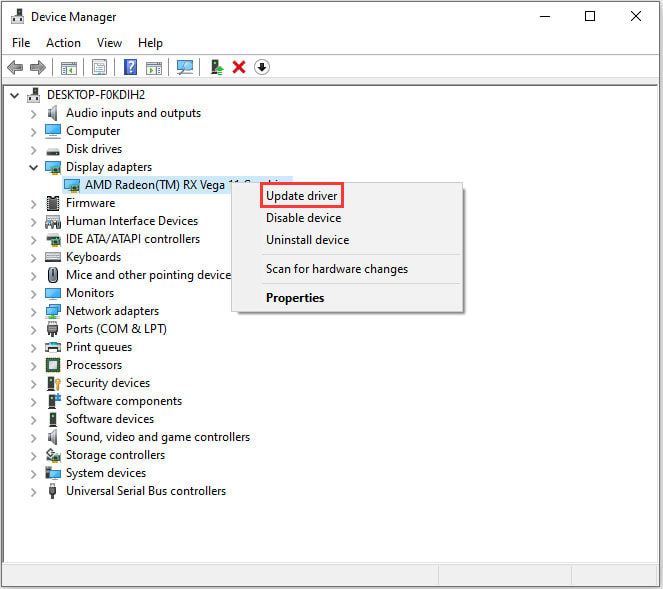